Sebastian Wilhelm Valentin Bauer
(* December 23, 1822 in Dillingen an der Donau; † June 20, 1875 in Munich) is the namesake of the submarine in Bremerhaven.

In the service of the Danish army, the turner, professional soldier and inventor Wilhelm Bauer was concerned with how a bridge could be blown up from the water despite being guarded. His designs for the "Submarine Apparatus Fire Diver" were first realized in a miniature model and put into practice in 1850 with severely limited financial resources.

The first test dive took place on February 1, 1851; the boat probably took on a little too much ballast water, became stern-heavy and sank to the bottom of the fjord. Saving on materials and the resulting deviation from the actual design sketches had had a fatal effect, even though the crew managed to save themselves after 6.5 hours thanks to pressure equalization.

Despite this failure, the "Brandtaucher" (salvaged in 1887 and now on display in the Army Museum in Dresden) is considered a milestone on the way to submersible boats, also because Wilhelm Bauer designed numerous other models (including the "Seeteufel") and was one of the first to recognize that propulsion by human power was not sufficient and that one would have to look into the possibilities of the diesel engine, which was just emerging. 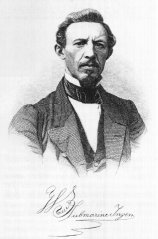 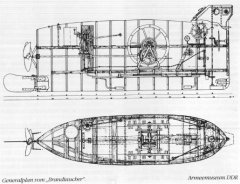 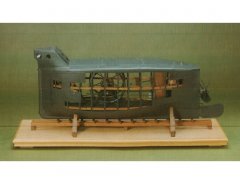 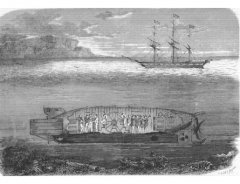 Germany hesitated for a long time to build submarines, seeing them as purely defensive naval warfare devices. It was not until 1906 that the first fully functional German submarine „U1“ was put into service.

With „U5“ to „U12“ however, the Imperial Navy already had submersibles 4 years later that were far superior to foreign competitors. The first diesel-powered submarines were produced as early as 1913 („U19“ to „U22“).

During World War I, it quickly became clear that submarines were the only means of naval warfare that could break the British blockade. However, large-scale production (as later in World War 2) did not take place. The Versailles Peace Treaty of 1919 stipulated the extradition of 176 submarines and prohibited the German Reich from building and maintaining submarines.

Upon entering the war, the German navy had relatively few submarines, with a total of 57, divided among six flotillas. These were Types I, II, VII and IX in Type A construction (the new Type VII B boat was under construction).

The Kriegsmarine realized that these boats had to be further developed. Thus, new models with improvements and modifications were created quite quickly. Which were used in the very lossy submarine warfare.

The Type XXI was not completed in time to have a decisive impact on the war effort. 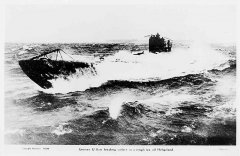 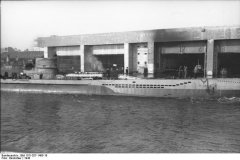 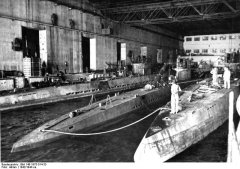 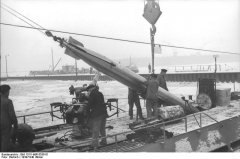 Type XXI submarines are considered the first "true" submarines because they were capable of conducting a wartime mission almost completely submerged. All previously developed submarines were more or less surface craft with the ability to operate submerged for short periods of time, mainly for attacking or dropping off the enemy.
Also crucial was the increase in submerged speed from 7.6 knots (of the Type VII C) to 17.2 knots.

Today's submarines, like the last German submarines of World War II, are also true submarines. Some of these operate underwater for several months without having to come to the surface.

"Wilhelm Bauer" is the only Type XXI submarine who can still be visited. 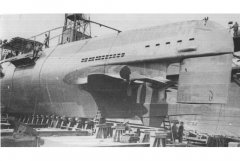 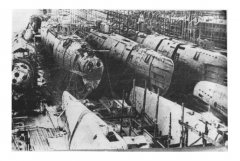 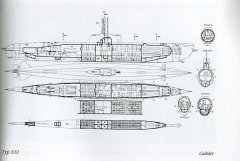 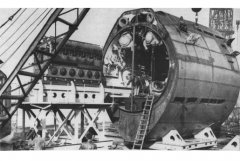 Submarine "Wilhelm Bauer" - Salvage and use as training ship

In 1945 "U-2540" was sunk by its own crew during the "Aktion Regenbogen". After lying on the bottom of the Flensburg Fjord for 12 years, the boat was salvaged in 1957 and transferred to the service of the German Navy 3 years later under the name "U-Wilhelm Bauer".
With the accession to NATO, submarines were again earmarked for the German Navy. Even if smaller submarines were to be built, "U-Wilhelm Bauer" was the ideal test boat due to its speed under water and high diving time.
From 1970, the submarine then sailed for another 10 years with a civilian crew before it was put up for sale in Wilhelmshaven after a 2-year rest period.

In 1983, the newly founded Verein „Technikmuseum U-Boot Wilhelm-Bauer e.V.“ took over the boat and refurbished it as a museum ship at considerable expense.
Thanks to the initiative of many volunteers and the financial help of many companies and banks as well as the support of the maritime city of Bremerhaven, the submarine "Wilhelm-Bauer" could be opened in the museum harbor in Bremerhaven on April 28, 1984.
Since then, the Museum of Technology has financed itself entirely from its own income and enjoys a high number of visitors.

The income is used for the further restoration and maintenance of the submarine. 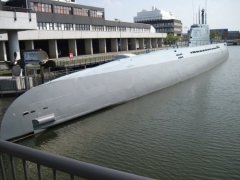 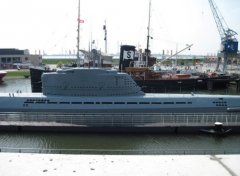 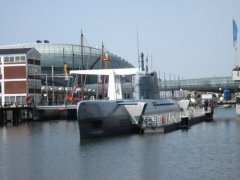 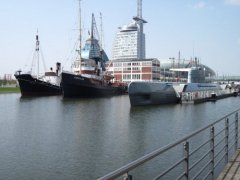 in the museum harbour

A story about on:

Children (until the age of 5): free, accompanied by a paying adult.